Established in 1983 by Nigel Wiggett, Bridge Bike Hire was the first cycle hire on the Camel Trail and in fact in Cornwall.  Over the years Bridge Bike Hire has employed over 200 youngsters and each one is regarded as part of the Bridge Bike Hire Family.  Many were able to make the journey home to join us to celebrate 30 years in 2013 (see picture above).

From humble beginnings Bridge Bike Hire has played an integral part in the development of the trail and other cycle trails and hires across the country including, working with Sustrans and Centre Parcs as well as setting up the first cycle hire delivery service in 2000, Go ByCycle.  We are grateful to all those who visit us year after year and welcome those who are exploring the Camel Trail for the first time.

Below is a brief history of Bridge Bike Hire.  We also do a lot of work in the community and you can catch up the latest Camel Trial News here. What A Great Idea!

Nigel took up cycling after his doctor advised him to cycle and swim as much as possible .  He brought a bike and dutifully rode it to work and back.  One day five ladies spotted his bike propped up outside his exhaust depot.  Bikes had just been granted access to the disused railway, The Camel Trail.  If Nigel had had bikes available, said the ladies, then they would have hired them.  The next day the first six bikes were retrieved from the dump, restored and painted blue and cycle hire on the Camel Trail began, if a little crudely.

Here are some pictures from the early days, the Exhaust Depot which housed the first bikes, our first entry into the Wadebridge carnival, the caravans we lived in, hired bikes from and watched as the current building and home was being built and finally, those days before health and safety when the baby preferred the basket to the seat! 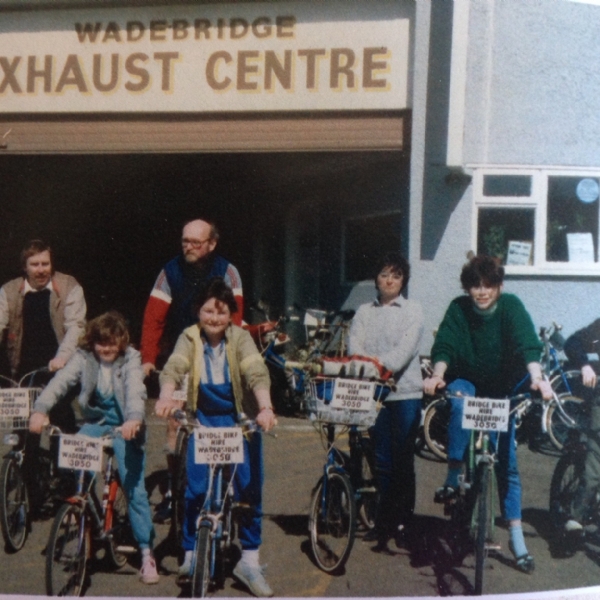 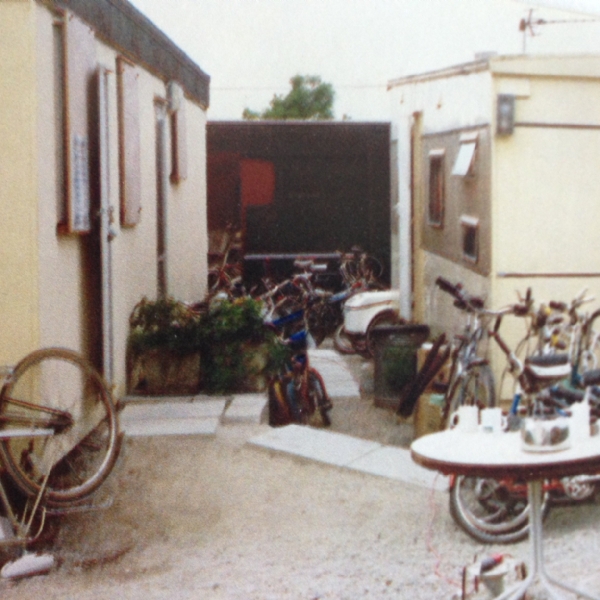 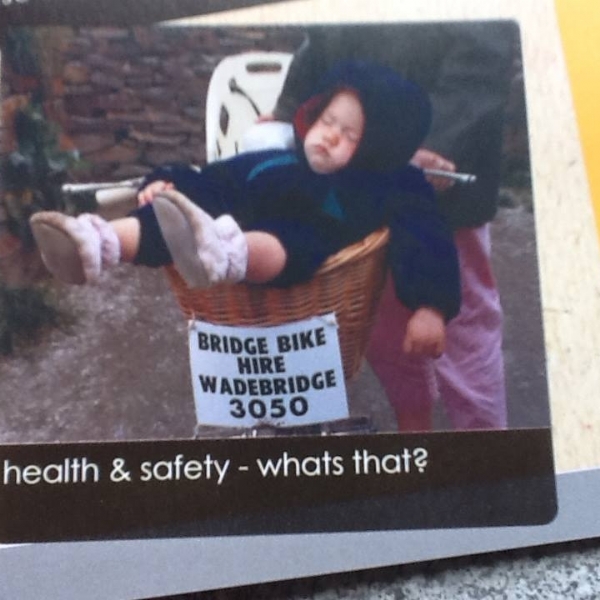 Our first handwritten leaflet was distributed to everyone we knew or was within cycling/driving distance. This was the year of firsts.  The first purpose built bike hire hire with accommodation in the UK and we were open for Business!

The First Burley Child Trailers were imported into the UK and we started a new company Burley Lite Imports so we could sell these ground breaking products to other bike hires we were working with across the UK.

This is the first Bridge Bike Hire team as we know them now, working shifts all Summer, Easter and half term.

So here are some photos of our team from over the years.  I'm sure this will be fun for locals, visitors and for sure the BBH lads! 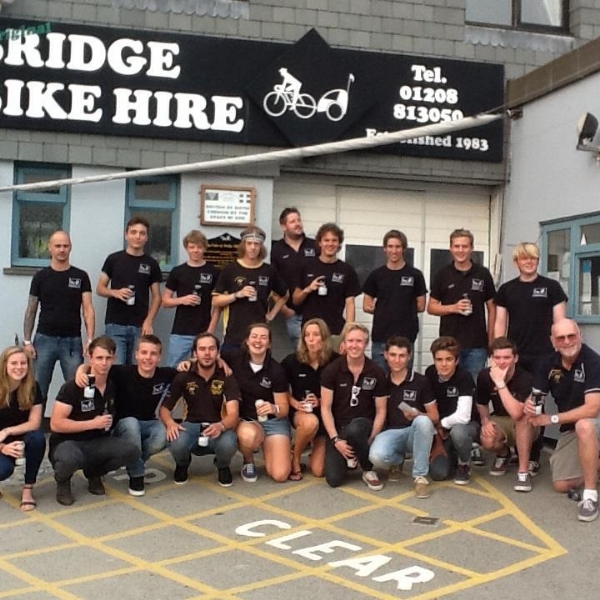 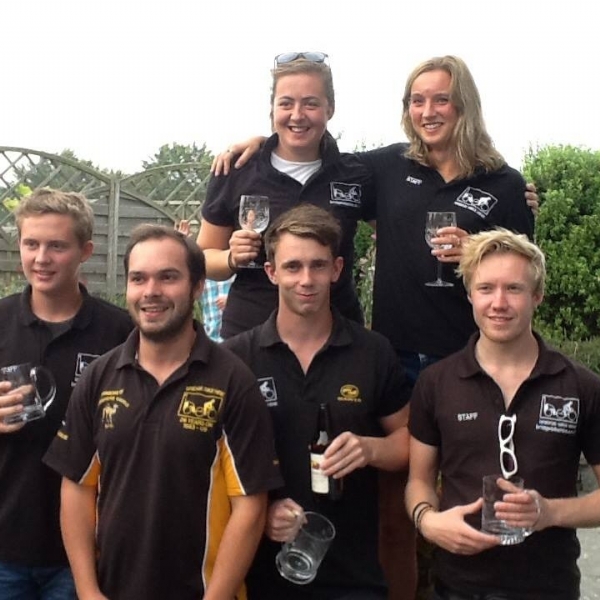 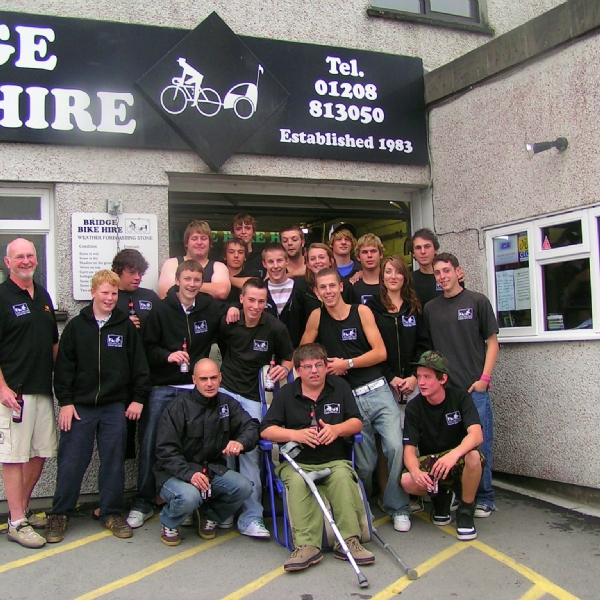 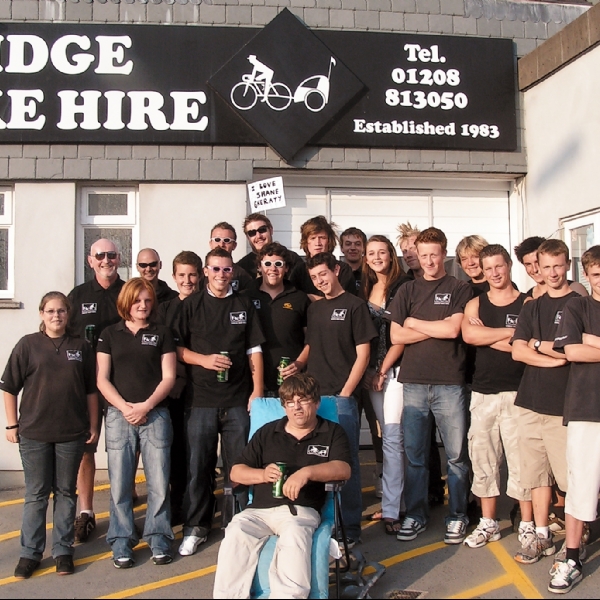 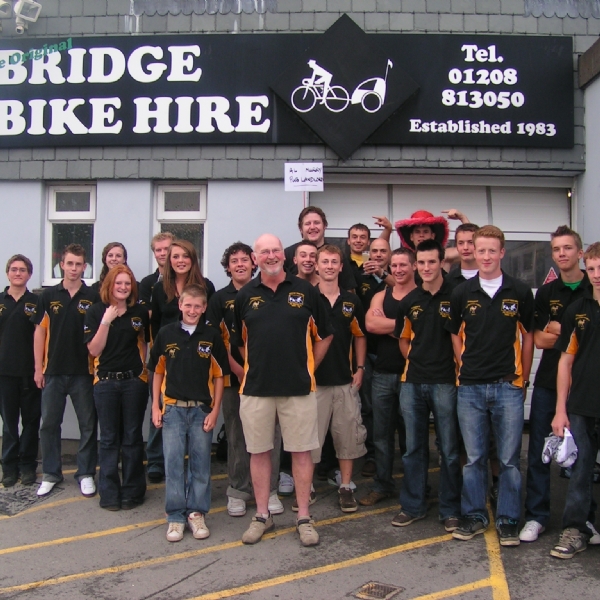 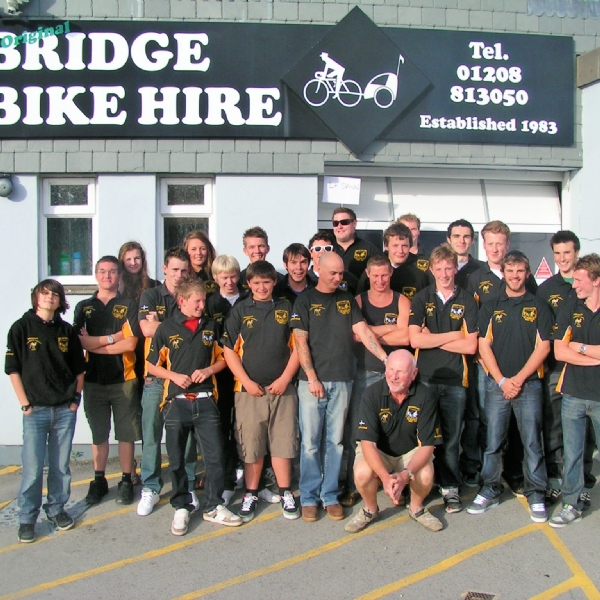 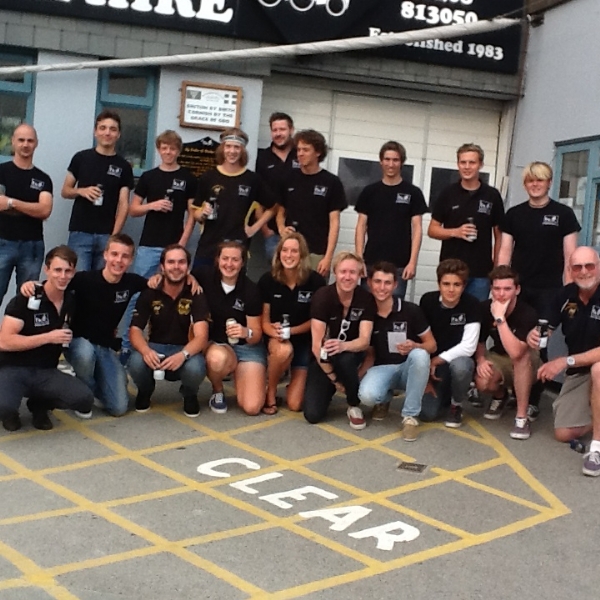